We are building a bridge!

One of the many cool aspects about being a Rotarian is working on cool projects throughout the world. They say it is like having your own foundation, and it truly is. Better yet, you also get to work with interesting people and help others. My club, the Rotary Club of Dupont Circle, is working with the Rotary Club of Harare City to support a footbridge project in Murehwa, Zimbabwe. My twin sister’s club, the Portland Pearl Rotary also just agreed to contribute. We have several other clubs in the states, as well as one in Nigeria that will be contributing to this project. 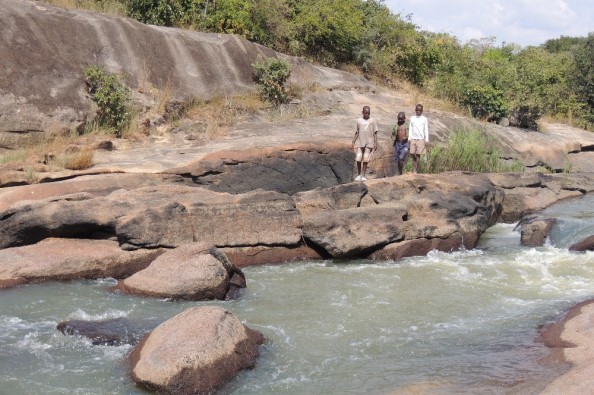 Having worked on water related projects in the aftermath of the 2008 cholera epidemic, I’ve actually been within probably 40km of where this bridge will be built. I can see the Zimbabwean landscape and hear the voices as I write this. It excites me to work together on finding solutions to a relatively basic engineering issue.

It actually reminds me of my time as a Peace Corps Volunteer in Ghana, since my road actually dead ended and didn’t connect by road to our district capital because the bridge was not passable. In this case you had to go around, crossing the Volta River twice and it typically took me about 5 hours to make it what would have been about 50km (30 miles). This meant it took me a day to reach our monthly water and sanitation meetings with district officials, but it certainly prohibited all sorts of commerce as well.

“We build too many walls and not enough bridges.”

The Shavanhowe River floods during Zimbabwe’s rainy season (December to April), creating a high risk for children crossing when going to school in Murehwa, Zimbabwe (a city about 65 kilometres northeast of the capital of Harare City). A total of 14 deaths, mostly children, have occurred in the last five years. The local community and the Rotary Club of Harare City has proposed the building of a footbridge across this river to make it safer for children and adults to cross.An engineer has donated his services to design the bridge and the bridge design has been verified by our club members.

Chemhondoro School provides both primary and secondary school education in Murehwa.  The school has 2,400 primary students and 1,800 secondary students, all who live within a radius of 8 kilometres. About 1.5 kilometres east of the school is the Shavanhowe River where approximately 550 people (mostly students) cross daily.

The river is seasonal – barely trickling and easily crossable in the dry season (May to November).  However, during the rainy season (December to April), the river is flooded and becomes dangerous to cross, especially for children, given the strong current.  The children have the alternative route to walk an extra 8 kilometres to cross a bridge on the Harare / Nyamapanda Road, but this creates a very long journey to school (and a very sleepy classroom).  Hence, the temptation for the children to cross the river – even when flooded.

The Headmaster of the Primary School, Mr. Nyandoro, wrote to The Rotary Club of Harare City stating that “some of his pupils have been swept away and drowned as they try to cross the river to and from school in the rainy season.”   The record shows that in the last five years, 12 pupils and 2 adults have been swept away and drowned.  The plea from the Headmaster is for assistance to eliminate the danger of drowning of the children in the community.

On receipt of the Headmaster’s plea, the Project Director of the Rotary Club of Harare and Rotarian members visited the school in July 2012 (the dry season) and walked to the river to ascertain the problem. They held discussions with the Headmaster, his Deputy Headmaster, community leaders and other members of the community.

You can help build this bridge as well!  Here are three easy ways to contribute to this project!

1)      Rotary Club of DuPont Circle webpage – where you and your friends can donate using PayPal or Credit Cards.
2)      GoFundMe.com: Crowd funding page – which gives us a second way to promote our project to friends of friends etc.