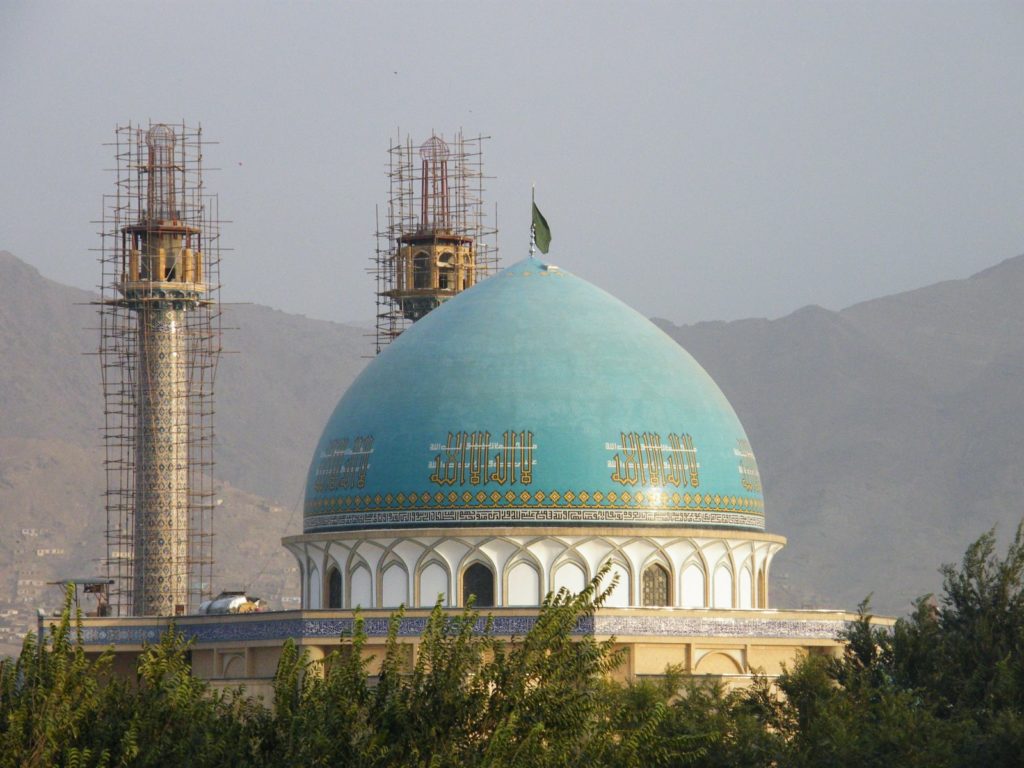 According to a recent study by Reuters: They hate us.

Afghans are pissed off. And really, can we blame them?

We’ve been occupying an already war torn nation for the last 7 years. 7 years and 15 Billion dollars later we really have nothing to show at all. Afghanistan is not better off.

Let’s break it down.

Corruption. The country is more corrupt than ever, something that wasn’t a way of life until we arrived with more money than we know what to do with. Whether army or non-profit they turn a blind eye to blatant corruption.

Inflation. Prices in Afghanistan are abysmal. Whether local or expat, you can feel the steep increase in prices. Afghanistan is the only developing nation I’ve been in where it is a rare opportunity to bargain, as they know they can charge whatever they like, as you don’t have alternatives. While I can agree in some ways to get expats funds flowing into the economy, the reality is that we aren’t supporting local Afghans, but other foreigners who are making bank. Us paying more raises the prices for locals.

Security. We come in to make it more secure. We add layer upon layer of security and it only gets worse. On all indications Afghanistan has become less and less secure than when we invaded in 2001. I think security forces are best at creating more job security.

Drugs. Let’s face it. It’s pure economics. If you are making a great deal of money on growing poppies, what incentive do you really have to grow an alternative crop that won’t yield as much? Plus, I recently learned that most of the poppies from Afghanistan never make it to the states anyway. We get our heroine mainly from Mexico, whereas Afghan opium ends up in Europe.

Women. The lives of Afghan women is a sorry state. You might argue that women must be better off than under a Taliban regime that punished women for all number of “crimes.” My sense is that it still hasn’t improved that much. There might be baby steps, but Afghan women need a whole lot more than that. We, Westerns, aren’t going to be the ones to pull them out of their way of life. It has to come organically. I’d say Afghan women will be lucky to be where American women of the forties were by 2040, literally a century behind in women’s rights. The days when women wore mini-skirts in downtown Kabul in the seventies are long gone.

Rape. The number of articles discussing rape in Afghanistan is incredible. I haven’t written about it because I can’t even stomach it. Weekly there are articles such as the one I read this morning about a young girl who was gang raped for three days. She’s not alone. It is happening all the time here. In a conservative place where some women have never shown their face in public. Young boys are also commonly raped. It’s part of the culture they say.

Poverty. Families that are doing well live with up to a dozen people in a two to three room apartment. Taking pictures the other day we went to a make shift refugee camp, for internally displaced, where women were making dung patties to use as their fuel source. Children’s faces were caked in mud and their hair was matted. Today a passed a woman and her two children along side the road. The burqa clad woman was motionless, the small girl was alert, but the infant lay asleep with his mouth gaping open – inhaling dust and pollution.

Education. I will say that education is one of the only areas that there has been improvement since we’ve been here. But that wouldn’t be hard since there was no non-religious education under the Taliban, and no education for women. The school systems are still in complete shambles though. No curriculum, lesson plans, teachers, classrooms, you name it. Students at best are only taught four hours a day, as there aren’t enough teachers and classroom spaces to go around. There is still a 17% literacy rate among women and 24% for men. One of the lowest in the world.

Poppy Palaces. Then comes the kicker. We live in poppy palaces, further supporting drug lords with our exorbitant rent. Huge “wedding cake” houses. With our generators running all night. Afghans in Kabul might be lucky to have a couple of hours of city power ever other night. Even those wealthy enough to get a washing machine have never had a chance to use them since there is never a time with water and electricity at the same time. We live isolated from the realities of Afghans, even here in Kabul.

Expat Salaries. Our salaries alone would support so much in terms of real development, not to mention the cost of security. When you have to pay more to secure a person than their already inflated salary you should start to question the ethics there. In addition to a bonus of 70% of our salaries for working in such conditions, we also go on leave regularly just to stay sane.

Military. I haven’t even gotten to the actual war side of our presence. We send our peach-fuzzed boys from middle America out to fight a guerrilla army that has been at war for their entire life. Then we wonder why we aren’t making any progress. There isn’t a Saddam to kill here. We supposedly defeated the Taliban more than a half a decade ago. We mistakenly bomb wedding parties, killing huge numbers of women and children, and then deny it. Not once, but repeatedly.

Infrastructure. There was an article I read this morning about a turbine going in southern Afghanistan. It was a huge “success” according to those involved. Taking 2,500 troups and a 100 vehicle envoy to move the turbine into a Taliban invested area, killing 250 Taliban (who might as well have been civilians) along the way. Now I’m asking myself, why in hell would we go to that much effort and expense to provide power to the heart of Al Qaeda. What are we thinking? We still don’t even have power in Kabul, so why on earth would we spend American tax dollars for such a project.

At the end of the day, it is a sorry state. It is a failed state according to some criteria. Afghanistan has a long, long way to go. Increasing our military presence won’t help. I don’t even think that increasing aid will help. There is already more aid money than they know how to spend appropriately. Part of me just says – pull the plug. But part of me knows that will never happen either. The country needs so much help – but the thing is – we aren’t really improving anything. No wonder they hate us.