This nomad’s life has changed pretty dramatically. I am now on a flight for the first time in over six months. I haven’t stayed put for that long since I moved to Washington ten years ago. It also took me a month to get this posted, but better to start where you are than nowhere at all. 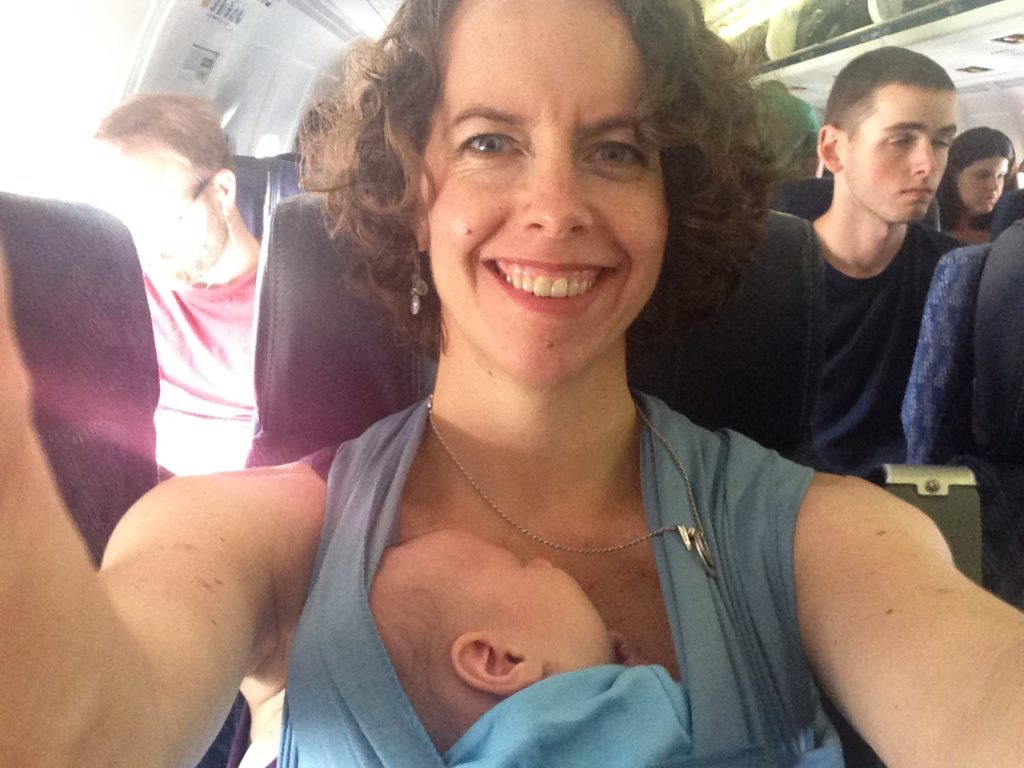 Clark’s first plane ride. Traveling with kids doesn’t get easier than this.

Clark and I are off the Oregon to visit family. He was so good on the first flight that our seat mate’s only comment was that he was clearly a born traveler. He lays now on my lap, inspecting the ceiling. He seems to like the bright yellow call buttons and the noises and motions of takeoff. This is in spite of reality. He had perhaps his biggest blow out ever on the first flight, complete with his typical surprise golden shower in the airplane bathroom, perhaps the mile high club of parents that no one speaks of. I note that I have somehow only managed to pack one extra outfit, and hope that will do the trick. As he lays on my lap he gave the biggest full scale milk fountain to date. Covering his entire chest, my lap and part of his blanket. I do a quick mom move and mop up the mess with one side of the blanket and mcgyver a swaddle to keep him relatively clean and dry. No one else notices. He’s happy. Crisis averted. Clark continues to stare at me sweetly, somehow not appearing to notice that he has just bathed himself in milk. Perhaps he is speechless at his mother’s quick recovery. 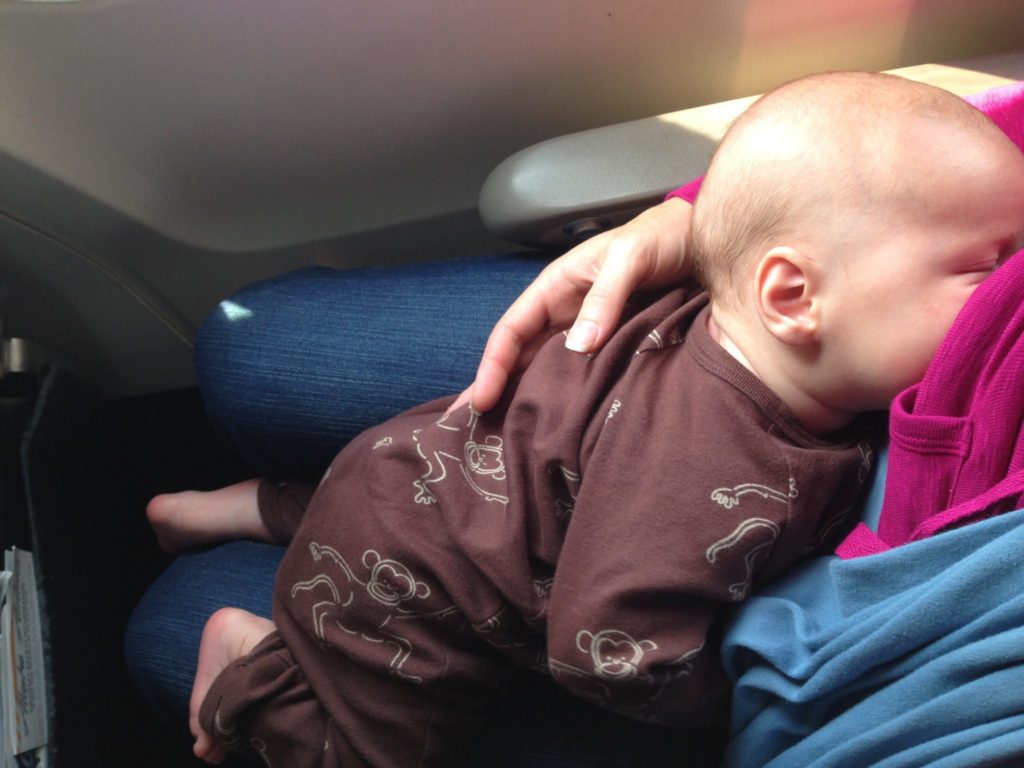 Nursing on planes. The best meal service around.

It reminds me of a conversation I was having at Clark’s first party the other night. It was a house party with a live band to boot, and while I felt a bit old, I was glad to be out in the sticky Washington night. We were remarking that the worse the travel is in the moment, somehow the better it is, since you are already telling the story in your mind. If you are nodding along, this means you are a type B traveler. As you can imagine, the alternative type A traveler means that when things go wrong, you suffer. I’ve always clearly been a type B traveler, and with a newborn baby this just makes it that much easier. I think as a type B traveler you are skilled and adept with rolling with the punches and dealing with whatever life sends your way. Needless to say, this comes in handy as a mother. My grandmother always said, behind every well behaved baby or child was a well trained mother. I’d say that extends very much to a well traveled baby has a well traveled mother. Happy travels! Miel 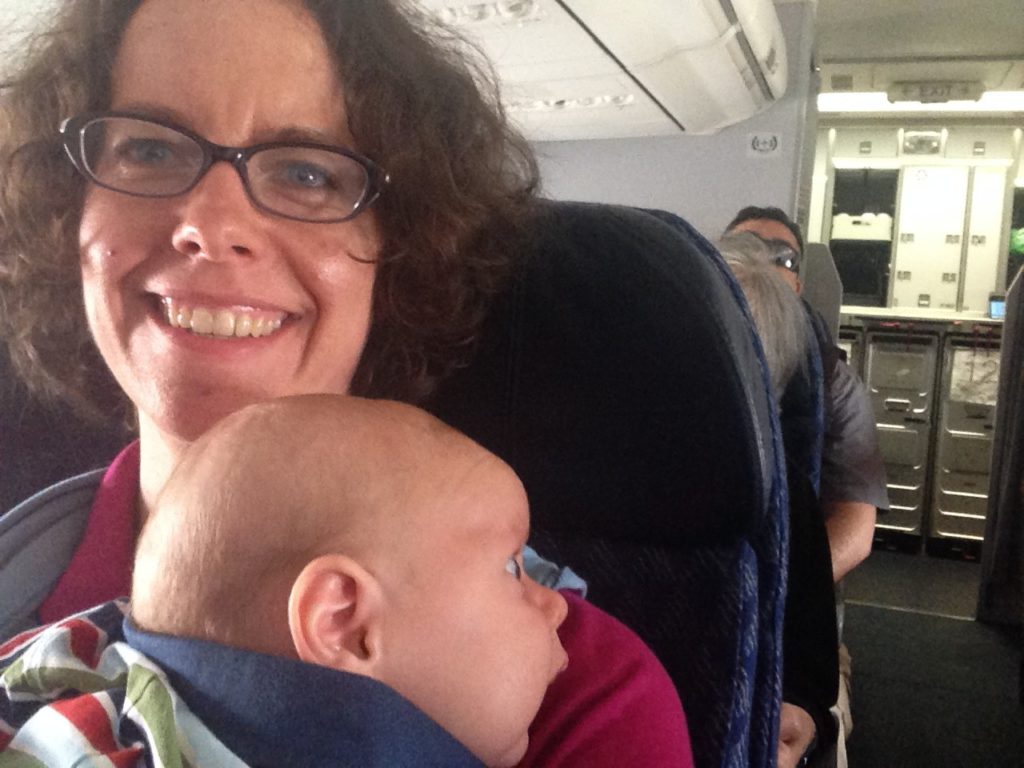 On the way home, bigger already!

Posted in Oregon and Beyond