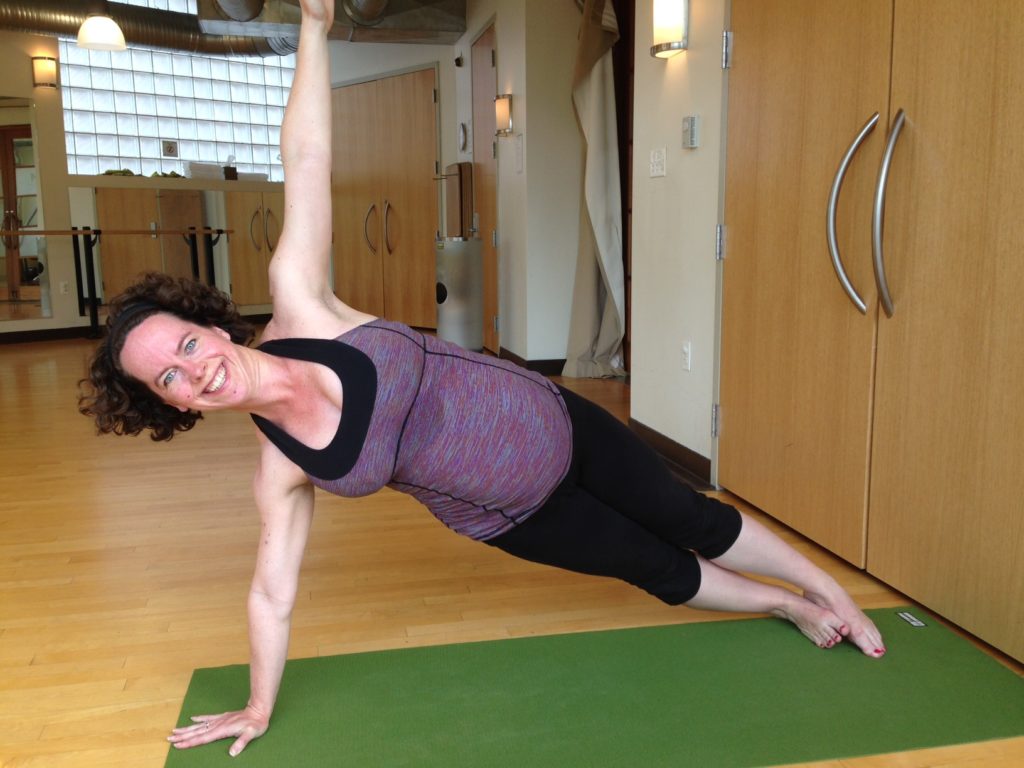 Side angle at ten days before due date.

This yogini mama is in the final stretch of pregnancy! With ten days before my due date, I figured it was time to document my progress with a few photos. 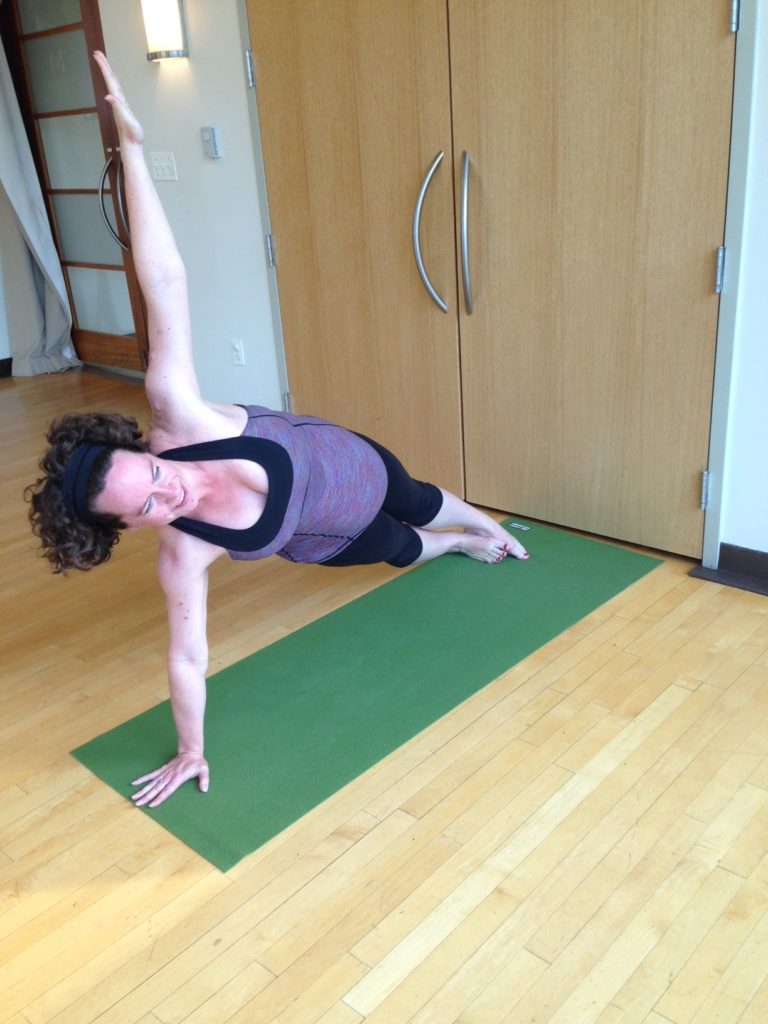 I feel very fortunate to have continued to work out 5-6 days a week throughout my pregnancy. This has included sticking with advanced level three yoga and adding in prenatal yoga, tabada and boot camp style workouts, as well as swimming once a week for the last month. 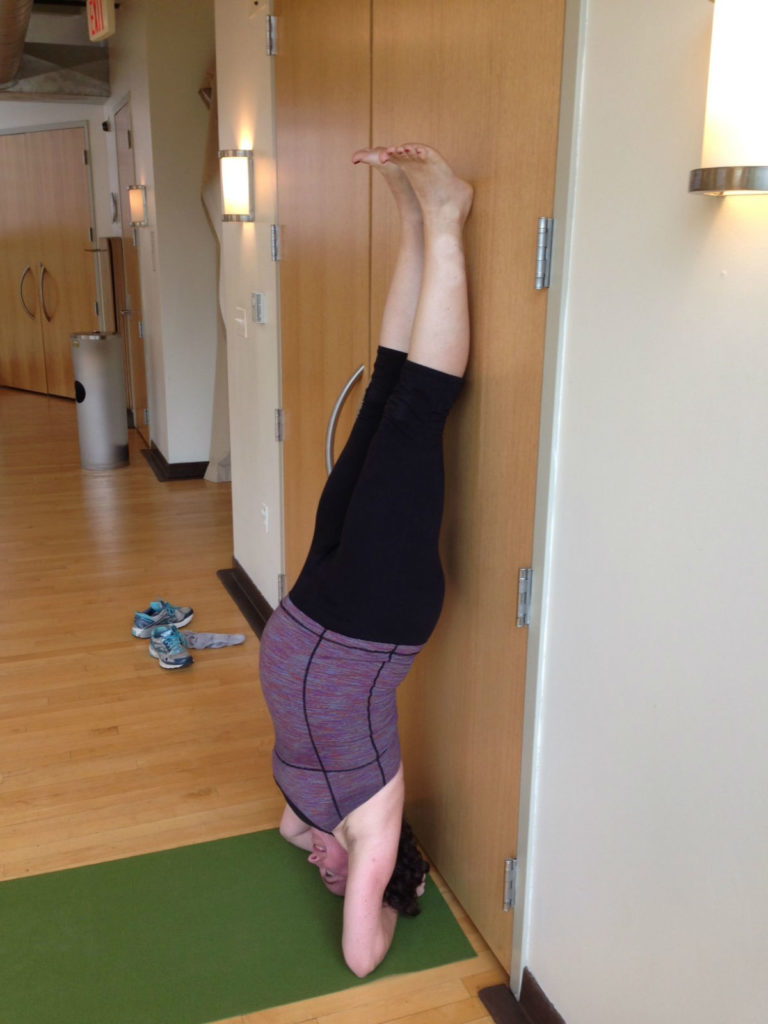 Upside down bump! Still popping up into forearm stand.

It still sort of amazes me that I can easily pop up into forearm/headstand with relative ease. When I started progressing with my yoga I know it took months of practice to get there. 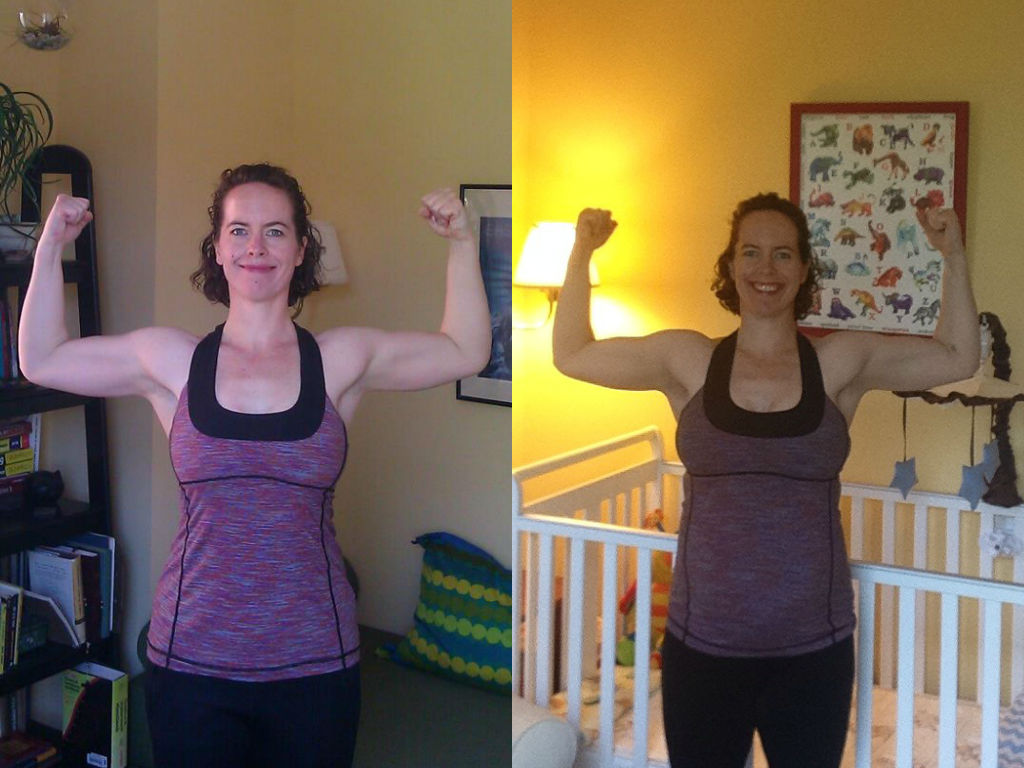 Mama’s got guns. Before and after.

This is actually a bit of a before and after. The photo on the left was taken two years ago, when I had just reached my initial weight loss goal (twenty pounds at that time). The photo on the right is clearly me with those and more back! 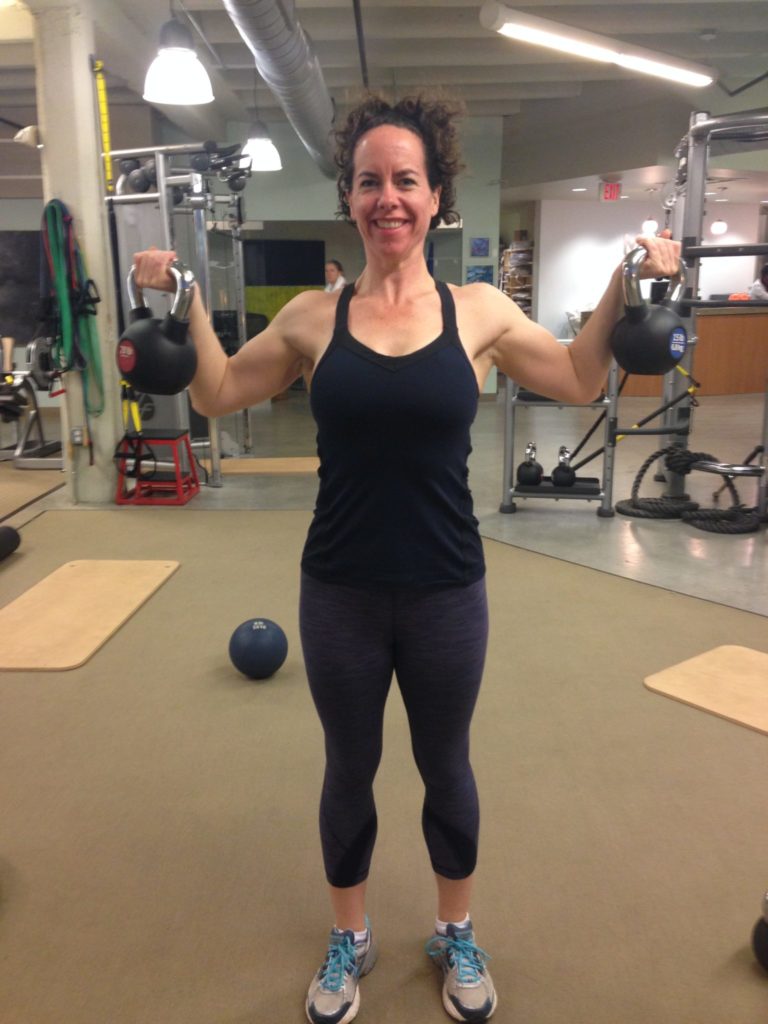 At 2.5 months pregnant with weights for that lost (and then gained!)

This photo I took at two and a half months pregnant, with the kettle bells representing what I had lost (35lbs). Now I’ve gained that back, but if feel confident that I’ll get back to a new normal sooner than later. 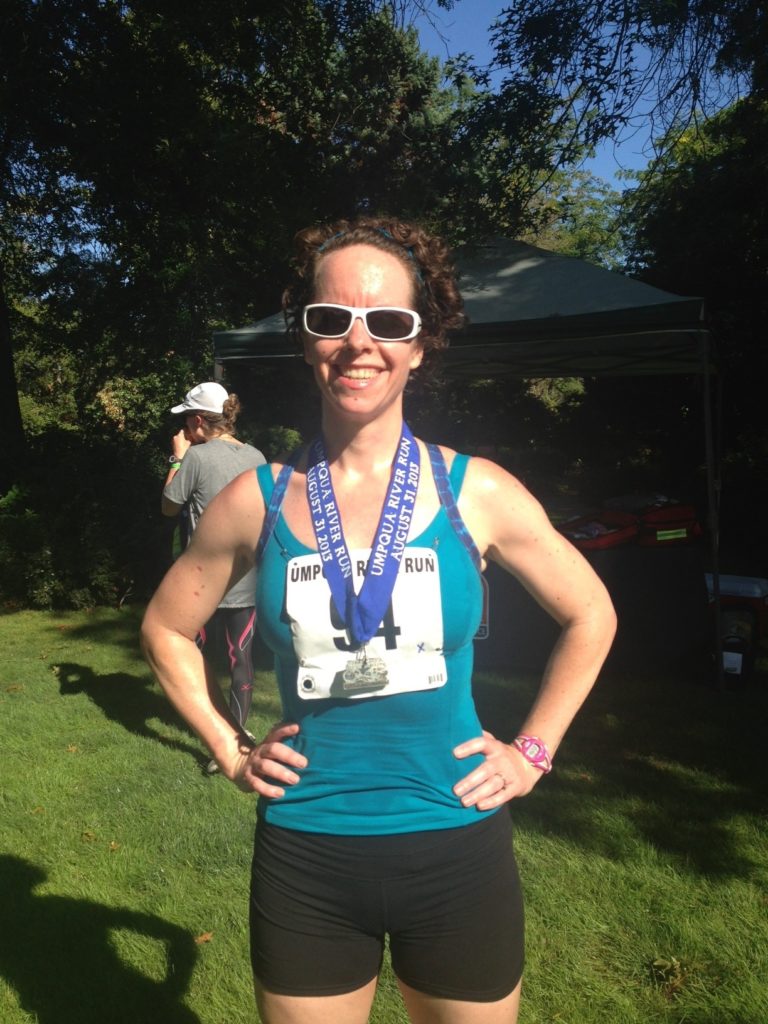 After running my first half marathon a couple of weeks before getting pregnant. I placed 3rd with a 9 minute mile!

Above you have the true before photo. I’m glad to that I ended up running my first half marathon several months earlier than planned for my training, which was conveniently a couple of weeks before becoming pregnant. I ran two 5ks early in pregnancy at 8 minute miles, but was glad to have had my first half behind me at that point! 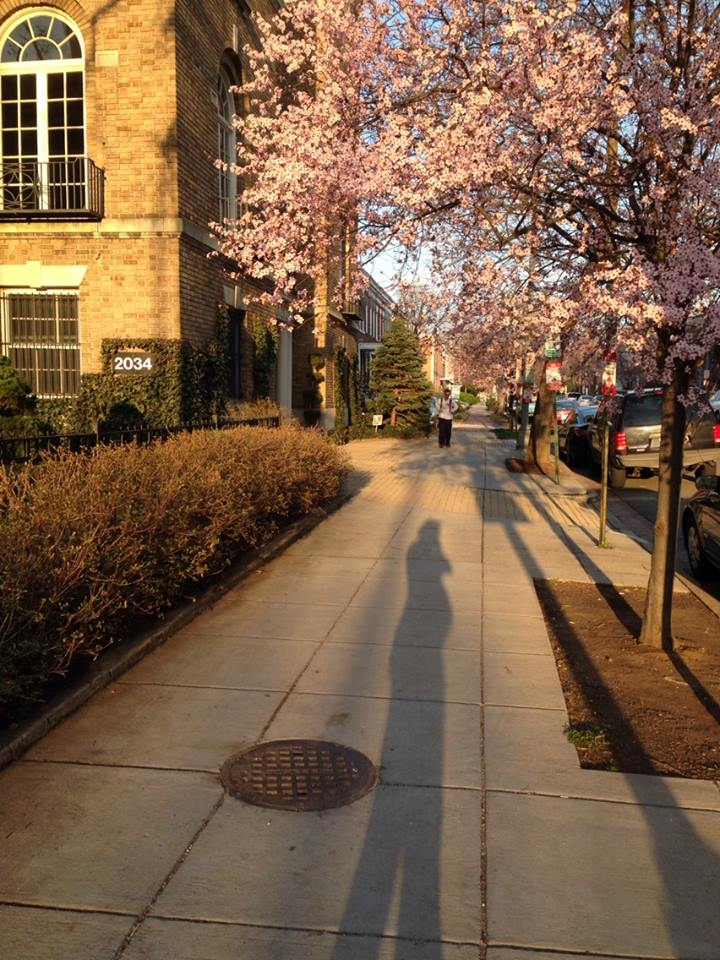 I managed to stick with it running until over eight months pregnant, and stopped while it was still easy. 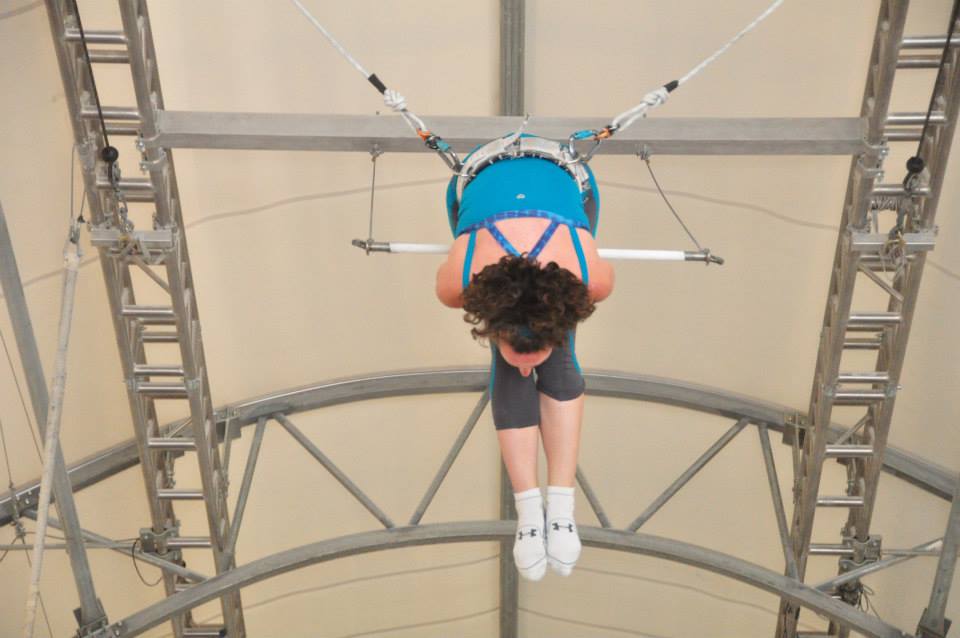 Overall our little guy has been a trouper throughout! Folks at the gym joke that he’ll come up running! At least this mama can catch up with him. 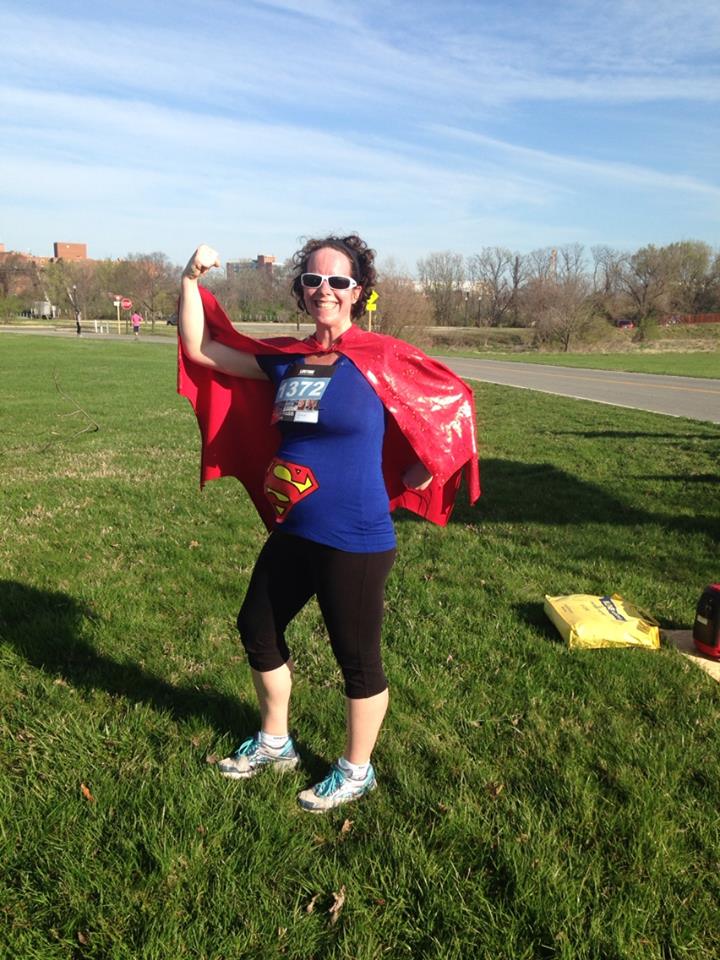 As I near the nine month mark of pregnancy, motherhood feels as though it has already begun.  Our little guy may still be snuggled up comfortably in my growing belly, but he is already very much a part of our lives.  We’ve got another five weeks, give or take, before he joins us on the outside world, but for now we enjoy his frequent thumps and pings to say hello.

I’d have to say that I am ever so grateful for my good health and fitness throughout my pregnancy.  I even surprised myself with how easy it was to finish a 5k fun run two weeks ago (at 8 months and a week).  I finished at a 10.50 mile/minute, which was far behind my first two 5ks while pregnant (both at 8 min miles), but I am so please to still be running so late into pregnancy.

I’m also still at the gym six days a week, modifying where necessary, but I’m still able to pop up into a headstand with no assist.  I couldn’t have done that several years ago, so to do so pregnant feels pretty darn awesome.

Our little guy has been such a trooper with my exercise habits that we joke he’ll come out running.  He’ll definitely start up with baby yoga soon and be running with me after it is safe to do so.  Looking forward to it!

One of the activities I’ve been keeping busy with this summer has been participating in a fabulous Run Fit training program for half and full marathon runners offered through Fleet Feet in DC.  I initially considered the program last winter…

MielOctober 2, 2013April 17, 2016 Africa, Being Active, Oregon and Beyond 1 Comment
Running the WorldRead more

I was excited tonight to finish my first 10k, finishing at 55:40! I just started running a year ago, having done four 5ks thus far, and it feels good to hit the next milestone in running. I met up with…

This afternoon I had the pleasure to participate in a Synergy workshop, based on the practice of acroyoga, with principles of Thai massage mixed in. Acroyoga, combining acrobatics with yoga, is a fabulous way to take yoga to the next…

MielMay 19, 2013April 17, 2016 Being Active, Oregon and Beyond, Washington No Comments
Acroyoga SynergyRead more

I headed out for my first dive of the year today.  I’m so hungry for it I can taste it.  It is pouring down rain, but I don’t care, as it means less sun exposure. My dive master, Silas, is…

Who doesn’t wake up in the morning and think, why not try the flying trapeze! I’m here in Santa Monica for work and figured that I might as well as take advantage of the Trapeze School New York, with a…

MielJune 10, 2012April 17, 2016 Being Active, Oregon and Beyond 4 Comments
Miel takes to the Flying TrapezeRead more