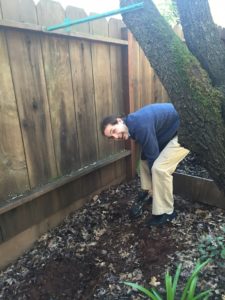 I am delighted to share that Adam and I will be getting married in Eugene, Oregon on July 16th. We are over the moon and very thrilled about this. After some hinting, Adam proposed to me by somehow slipping an origami folded letter into a time capsule that he buried in his old backyard, in Paradise, California, back in 2000. (I still haven’t figured out how he pulled it off, but I’ll give him points for creativity and delivery both.) We are both delighted with the new life and family that we have created together. We look forward to celebrating this with friends and family this summer.

I also wanted to take a moment to share about our relationship. We are so fortunate to have found each other. We are so well suited for each other that it feels uncanny at some points. We complement each other and are truly incredible friends and lovers to boot. It is an excellent combination. And he says I have a “great sense of Catan.”

To take things to the next level, we got to know each other over clean cookstoves at the Oregon Country Fair. It was flirting over D’Frisco and thoughts of The Ritz. We fell in love over sharing the impact of InStove and exploring opportunities for the organization. Adam is looking forward to his first fair as Fair Family this summer, just before our wedding. It will be wonderful to share the experience with him, as we grow our family. 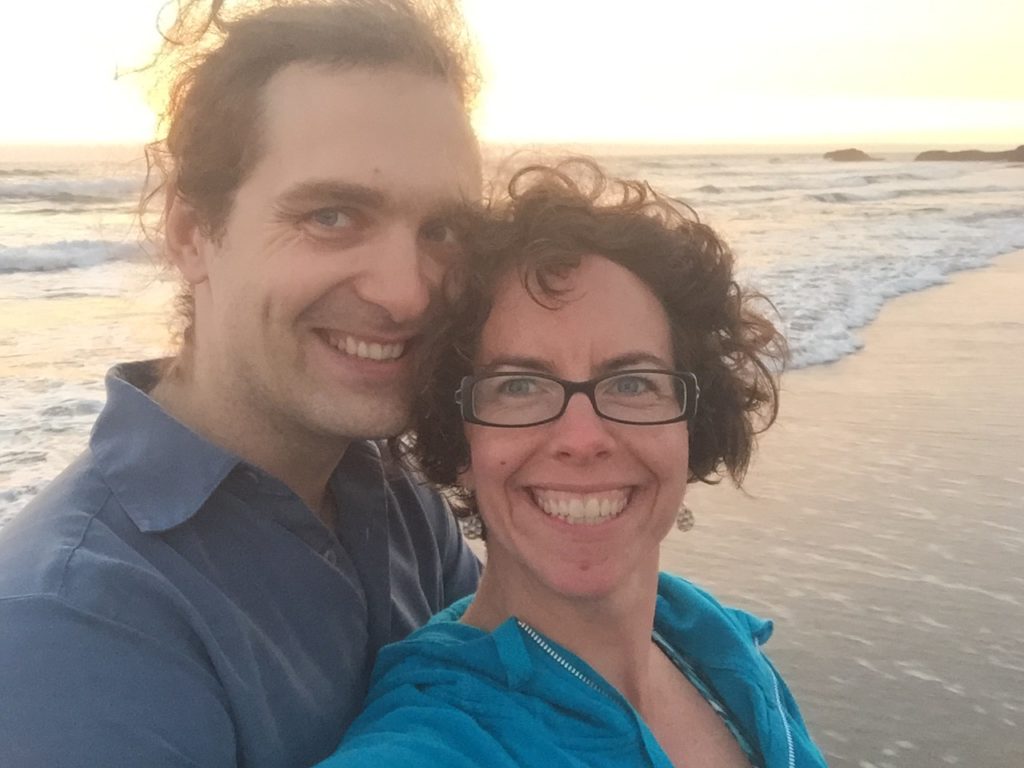 We are excited to share our union with those people that inspire us, love us, and are part of our lives. It will be a beautiful InStove wedding. We will be sharing more details about our menu and other wedding plans as we finalize our website. Stay tuned for that. 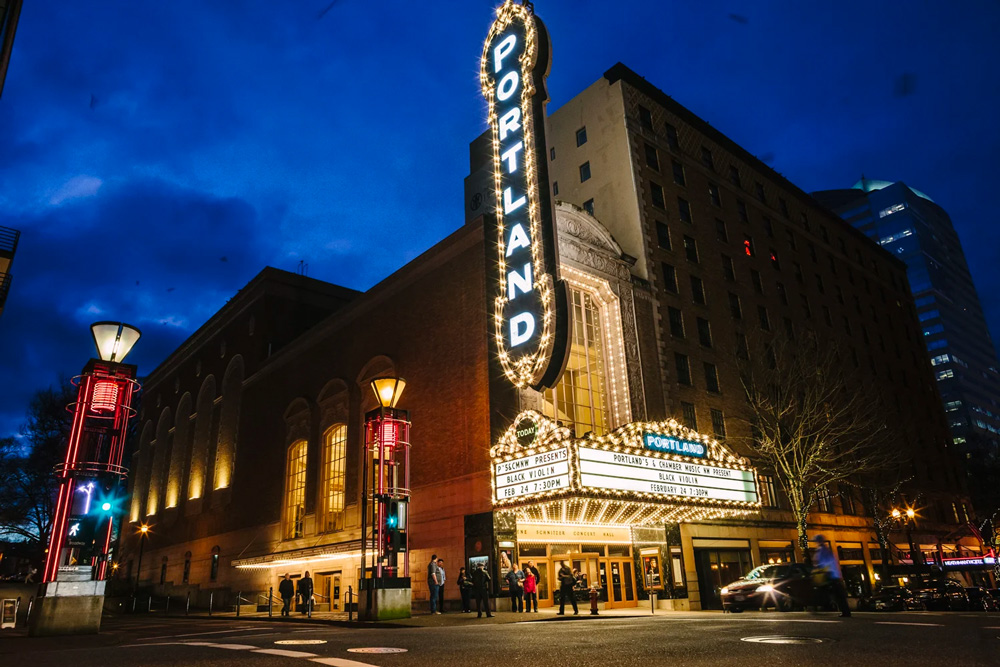 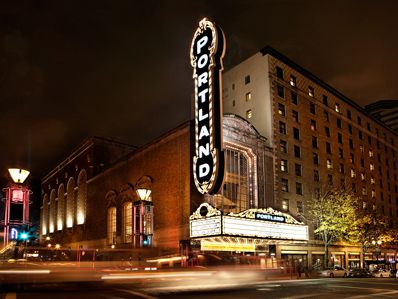 Storytelling is one of the most basic essentials of humanity. It is both for the storyteller and the listener. We both learn. We both grow.

Last night I attended a sold out show for The Moth Radio Hour at The Schnitzer. This is such a great venue and reminds me of my father Wally Jones.

The show as incredible. It was such a basic format for a performance, simply storytelling, but so powerful. The themes were both predictably diverse in their breadth of human experience and highly representative of the times we live in. Five stories had the theme of a twist of fate in common, but included stories about our own role in justice, the fragility of life, the experience of transgendered transformations, living an authentic life, and realizing the power of our own voice. Though within each story, they are more complex and rich than any summary would suffice.

I also love that The Moth has a hotline where you can call to share your story at any time. It is making me think more of the need and desire to share my story further.

Thanks to Literary Arts for bringing us this great show. Thanks to Sequoia for organizing!

Last night, I had a special guest stay at my house: an international guest. I didn’t find her on Airbnb or couch surfing. She was an asylum seeker from Central America, and she had come to Portland with a friend of mine who is working with asylum seekers in the Latino Community in Oregon.

I can’t give her name or country for safety reasons, but she was young, kind, and offered to pay for everything from the dinner she we gave her when she arrived, to her breakfast this morning. She’s here because Portland is the regional seat for the so-called, “Immigration Court” where she will have her preliminary hearing to set a court date with the Executive Office for Immigration Review (EOIR) to allow her case to be heard. Without a car, and without fluency in English, nonetheless, if she misses this first date, she can be subject to immediate deportation.

My friend began this work with her first “case”, a woman who she met through volunteering. The woman’s husband was threatened and extorted by local gangs until one day he was knifed, shot, and left in a gutter to die. He lied there for 36 hours before he was able to get to safety, and eventually, recover. Later, to protect his family, he escaped to the US, saved money, and brought her up. My friend helped her get asylum, and later, they were able to get her husband papers on her successful petition.

Word got out to the community that my friend helped her, and soon, she started hearing all kinds of stories. It’s important here to distinguish between “illegal immigrant” and “asylum seeker.” Illegal immigrants typically come for economic opportunity. But, these asylum seekers are not looking for jobs: they had jobs back home. They are fleeing for their lives, or to protect the lives of their children or families.

Violent drug gangs have turned many parts of Latin America into a War Zone that rivals ISIS-occupied Syria for savagery and lawlessness. Failed anti-drug policy, the deportation of violent drug offenders en masse from high-security prisons in the 80’s and 90’s (which were like training camps for viciousness), and a deterioration of social order and the strength of institutions generally in these countries has left families and women (in particular) vulnerable.

My friend says, “If the gangs find out there is a family member in the US, they will target the families left behind. They break in, and steal what they want. And the women are there by themselves with children. That’s when rapes happen. There’s impunity, the prosecution rate against the perpetrators is basically zero.”

Additionally, this insecurity in the culture has led to an increase in domestic violence. Fortunately, Asylum law changed a few years ago and now, my friend tells me, “Women who are victims of domestic violence and who cannot otherwise be safe, are recognized asylum seekers.”

This case, however, is a classic case: with nowhere to seek shelter or safety from the gangs, and as a risk to any family member or friend who would take her, this woman had no choice but to seek asylum for her survival.

Sadly, no law firm in Oregon is big enough to absorb all of these cases pro bono, and so it is left to people like my friend, whose work at the food bank led her to help in her first asylum-seeking case. You don’t need to be a lawyer (though it helps): just someone with an open heart, some extra time, and a desire to see mothers, young women, and children refugees resettled and safe, and able to live in dignity.

Sometimes being a Vicarious Nomad is about sharing the stories of other travelers, and as in all journeys, finding our a common humanity. I am glad that my home is a safe stopover, with a warm bed and breakfast for travelers on journeys like these.

​ I am proud and excited to announce my new position with InStove as its Chief Partnership Officer, supporting both the for and non profit entities of the organization. We are delighted with our recent success on many levels and are looking forward to many exciting developments over the next year and beyond. InStove is…

I find myself in a really interesting space in time. I’m one of those planner types. I like to plan things. It may look from afar that I’m spontaneous, but most often I’m pretty predictable (even if that includes far more adventures than your average person). Most years I don’t necessarily plan out all my trips (most of the time I have had nearly no idea about where I might end up in any given here). This year feels rather ambitious when it comes to potential life changes.

I’m in the moment of creating my life here in Portland. I’m living in a beautiful home that has incredible potential. I contemplate between dormers in the upper loft space, finishing the basement, or converting a backyard structure into a tiny home. All three would be ideal. Most likely I’ll be starting with the tiny house in 2016.

We are also cooking up numerous travel adventures in 2016. It looks like it is going to be a fun one. I can tell already. I am poised for it. Rather, we are poised for it.

For the first time in my life I have a partner who loves to travel nearly as much as I do. Adam is always up for an adventure. We’ve been together now for five months and already put on quiet a few travel miles together. I can see lots of travels in our future together. We already have a long list of places we will travel to.

We are discussing our plans for 2016 and figuring out how we can manage to go to both the Roskilde Festival in Denmark and Burning Man representing InStove. We are also very much looking forward to the next Oregon Country Fair. This is where our relationship began to develop as friends (and then beyond, shortly after). I can’t wait to share the real fair with Adam. He was such a cutie last year. I suddenly found myself lusting after him as we talked about development and mildly flirted over fair food and fun, with a little magic mixed in there.

What we aren’t discussing is anything about getting married. We established early on that we were interested in getting married at some point. Now as we plan for the future, it feels like the elephant in the room. He’ll be editing this shortly and see this bomb that I just dropped. What can I say? I’m a planner. We’ve already established that.

But more than that it is because I’m already in love. I feel that I’m bursting at the seams at wanting to share my life fully and completely with Adam. I’m already so far in love that there is no turning back. I have manifested my mate. Just like that. I look forward to seeing what develops in these uncertain times.