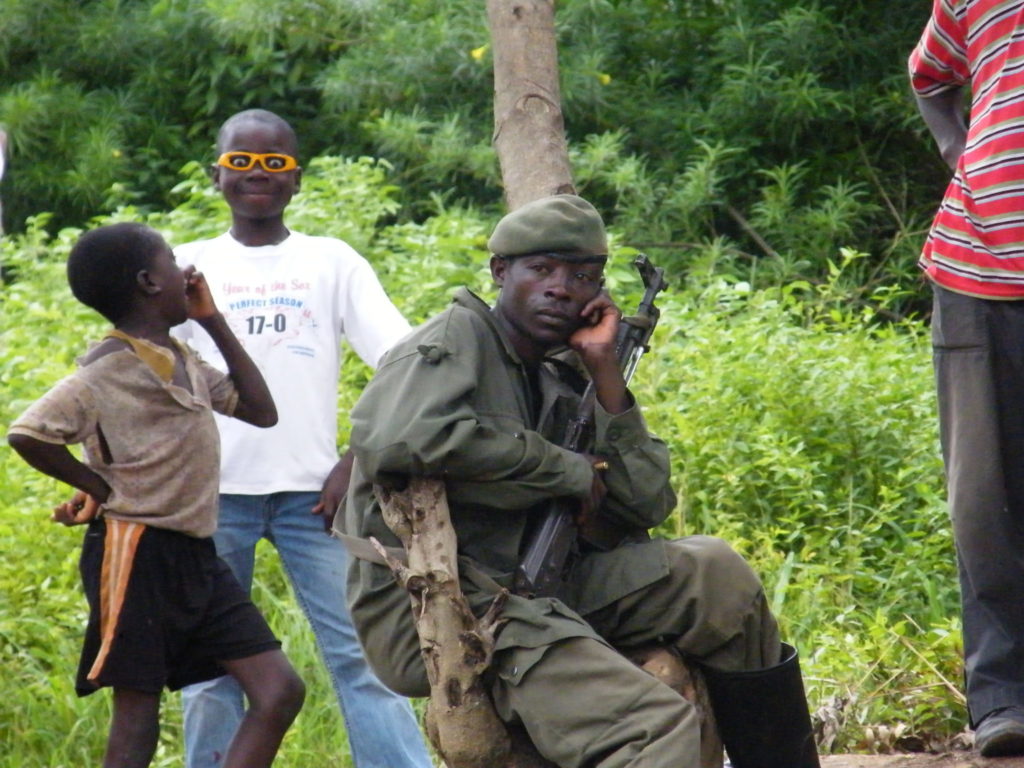 We stop at one of many check points where they are surprised to see a couple of white people, particularly a woman. Most ask us for where we are coming and going, and explaining that we are relief workers, they send us on our way after attempts in vain for a small dash of a bribe. They wave us through, advising that for the moment all is calm.

We pass into what our driver calls the “zone rouge”, or the red zone. Mile after mile the villages are deserted. The empty homes for a stretch of about twenty miles was a tell tale enough sign that things were not as they should be. Swathes of the road are littered in ammo shells from recent fighting. Casing crunch under our tires and hope the silence will continue.

Though all was calm for the moment, I knew that things could change quickly. Our team passed through the same area the day before, and were caught in the middle of the fighting, pulling a truck driver that had been shot out of his vehicle and taking him back for medical assistance.

There are reminders of those who fled. A small shoe of a toddler on the road, left exposed and abandoned. A woman’s plastic woven purse with its remnants scattered about make me wonder of her fate. Was she like so many Congolese women who are forced into the forest by militants and kept for weeks as a sex slave until they tire of her?

The rest of the community fled. According to the reports, 4,000 people fled in one direction, and anther 6,000 in the other direction. Adding to the numbers of internally displaced people who must call upon the kindness of their neighbors to help support them in their time of need.

Why do they fight? The answers are unclear. At the time, when the war is technically over, it seems that they fight largely because they can. With no certain victory at stake, it seems they fight because that is what militants do. What else are you supposed to do with your gun but use it?